Vermont Slate, known for its beauty, is often called the Sheltering Stone because of its unique properties:

Vermont Slate quarried for roofing stock is of dense, sound rock and exceedingly tough and durable. A Vermont Slate Roof can last a century, giving excellent long-term value, in contrast to other types of manufactured roofing which must be re-roofed three or four times within this same period. 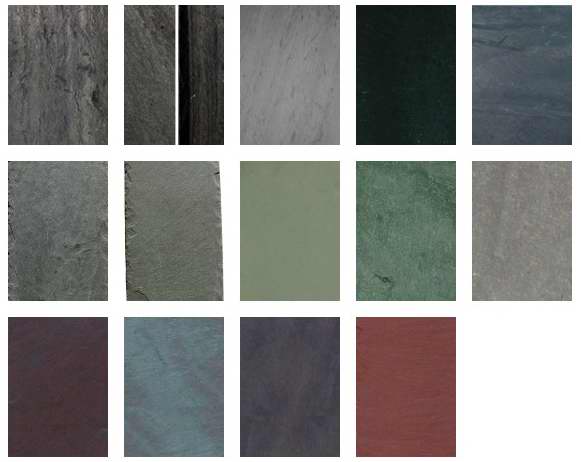 Hampton Black is a smooth textured, very uniform dark gray/black that typically will not weather at all. Characteristic of most slate quarried in Europe over the past centuries, the uniform color and texture provides a formal and distinguished feel to the home. This slate is very popular in France and is likely the highest quality slate in the world. 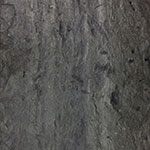 Vermont Rocky Gray is a smooth to heavy texture stone that produces a natural blend of varying depths of gray to black. This unique stone, both in color and texture, provides contrast and character to the roof in ways that appear subtle, yet distinctive. The lighter stone in the blend can have a slight gray/green hue in certain light conditions, especially when new. However, this slate, once installed on the roof, shows mostly gray to black with very little green color. 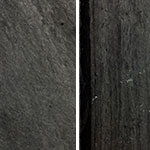 Vermont Black and Gray/Black Slate is a medium to heavy texture stone with a medium to dark gray color and darker, linear markings. This slate is separated into the darker (Vermont Black) and lighter (Gray/Black) to provide the desired depth of color. While this slate does not weather into a multicolor roof, you may get some bronzing in the lighter parts of the slate over time. 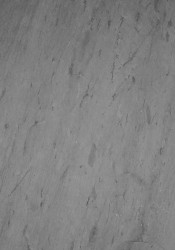 Strata Gray is a medium gray slate with black stripes. This medium to heavy-textured slate usually shows some buff and brown weathering. The random angles of the strata lines combined with the semi-weathering qualities provide heavy contrast through the roof. 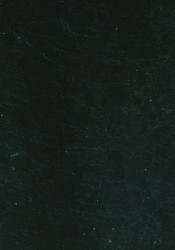 Dover Black is a heavy texture, non-weathering, unfading stone with a level of quartz that provides a glistening sheen. 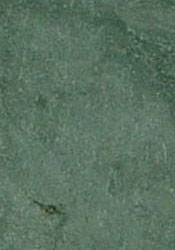 Unfading Green – found mainly on the northern portion of the slate producing region. This slate exhibits shades ranging from a bright green to gray/green tones that will not weather. This also is a medium-textured slate. 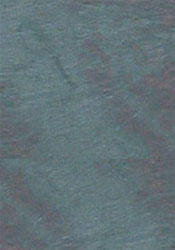 In Vermont Mottled Purple slate, purple and green combine to form unique patterns in each slate. Some pieces are mostly purple and may be called “Dark Mottled,” while at the other end of the range, green predominates and can be known as “Light Mottled.” This medium-textured slate weathers very little and is one of the most unique colors available on earth. 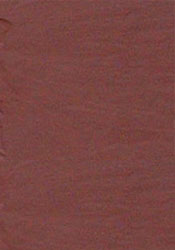 New York Red is a bright red slate that will not change color. It is dense, very hard, and quarried in Washington County, New York, and commonly found in roof applications where color patterns and planned designs are desired. Unfading Red is a rare slate considered highly desirable.